Perks of the job

There’s something very cool about being invited to a press preview? It’s not just because you feel special getting in before the general public – although not having to battle to get to the front of an overcrowded event/gallery or ‘elbows at the ready!’ show garden at Chelsea flower show is a massive benefit. No, it’s the getting to know the behind the scenes stuff that makes it fab. It’s asking the curators in person where they store all the art while it’s being gathered for an exhibition, how they know where to put every item in an installation piece or hearing stories about the artists who are being exhibited that day. And that brings me on to The Tate Modern.

Art is within the eye of the interiors beholder!

For me, being invited to press previews at The Tate Modern is a real perk of the job. I know what you’re thinking – “but we’re  interior stylists! What has art got to do with interiors?” Well, here’s my take. A few years ago I went to the press preview of the Lichtenstein exhibition at the Tate Modern and soon afterwards decorating shoots in big interior glossies were all about Pop art. Hockney last year at The Tate Britain had the same effect on colour blocking in shoots. Art is an interiors trend setter. There’s no two ways about it. Well, that’s my reasoning and I’m sticking to it! Art= interiors inspiration. Oh and readers want to know about exhibitions in news pages too!

This wanting to be inspired by art and see what trends are on the horizon has absolutely nothing to do with the time I snuck off with a colleague (back when I was Home Editor on Woman & Home magazine at the Blue Fin building -right next to the Tate Modern) to have a go on the Carsten Höller ‘Test slide’ the day before the exhibit closed. I recall mumbling something about having an appointment first thing in the morning to the editors PA so we could sneak off and head straight to the Tate the next day. It backfired massively when I got hugely motion sickness after going down the longest, fastest most winding slide and felt awful all day. Little did I know that the whole ‘art’ element to the five slides was to see how they affected users. In my experience – badly! There’s another story about the Carsten Höller slide at the Olympic park but I’ll save that for another time!

It’s not just the art critics and editorial staff from magazines and newspapers who are now invited to press previews. Bloggers and Instagram influencers are also welcomed into the mix which means as long as you share the arty love you have a very valid reason to be there. And they make it easy for you to share that love too. When you go to a gallery on a press preview day you can take photos and share them all over social media. If you so much as whip out your phone once the general public are allowed in you’re watched like a hawk and told not to snap by the very observant beady-eyed security staff.

The most recent exhibition I was invited to is the truly amazing  Picasso 1932: Love, Fame, Tragedy at The Tate Modern. I knew this one was coming. I cleared my diary. I arranged to meet a friend at the preview- as it’s so much more enjoyable going with someone else – especially when that person studied fine art and can really appreciate it and won’t laugh too much when you get a bit teary seeing a real masterpiece in the flesh. Yeah, I know. I’m one of those who gets ‘moved’ by art. Can’t help it. I just love it – especially when it’s a really famous piece and it’s huge!  So you can imagine my excitement when the Picasso exhibition was announced!

What I learnt about Picasso at this exhibition

The biggest benefit to attending a press preview is doing the curator’s tour. I find this fascinating so I’m going to share some snippits of what I learnt about Picasso here. Just in case you’re interested. 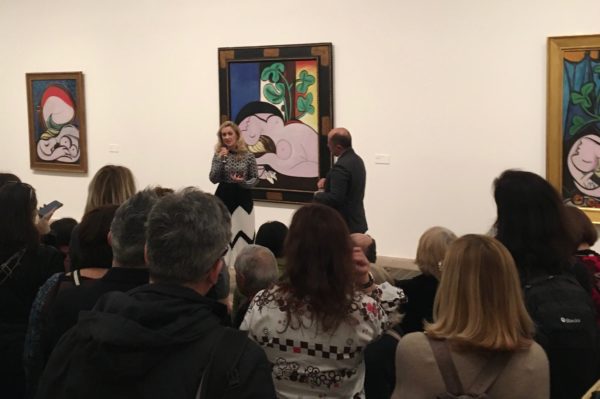 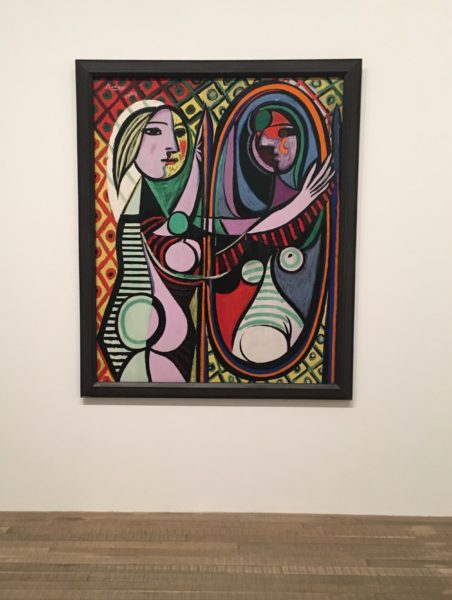 There really were so many other interesting things about this time in Picasso’s life. I could go on and on (I took a lot of notes!) but I don’t want to spoil it for you if you plan on going. All the information and details are in the descriptions on the walls. And I really would highly recommend going if you can.

So drop the press office of your chosen gallery a line and ask to be put on their mailing list. They want you there to share. News pages, exhibition goodies from the shop are other ways to spread the word. So what are you waiting for? Get inspired.

The EY Exhibition: Picasso 1932 Love, fame, tragedy is on at The Tate Modern until 9th September 2018

One response to “Why press previews rock! Especially for interior stylists”

Stay In the Know

Register to keep informed about upcoming launches, updates and offers from Inside Stylists.

Come and join us Inside Stylists

Why not sign up and join this great community of Interior Stylists, writers, assistants, PRs and all the shoot service providers you could ever need. It’s the fast track way to connecting with others in the interior styling and writing world.